What birds can you see at Wiston Estate? Q&A: Mark Ansell, Conservation and Stewardship 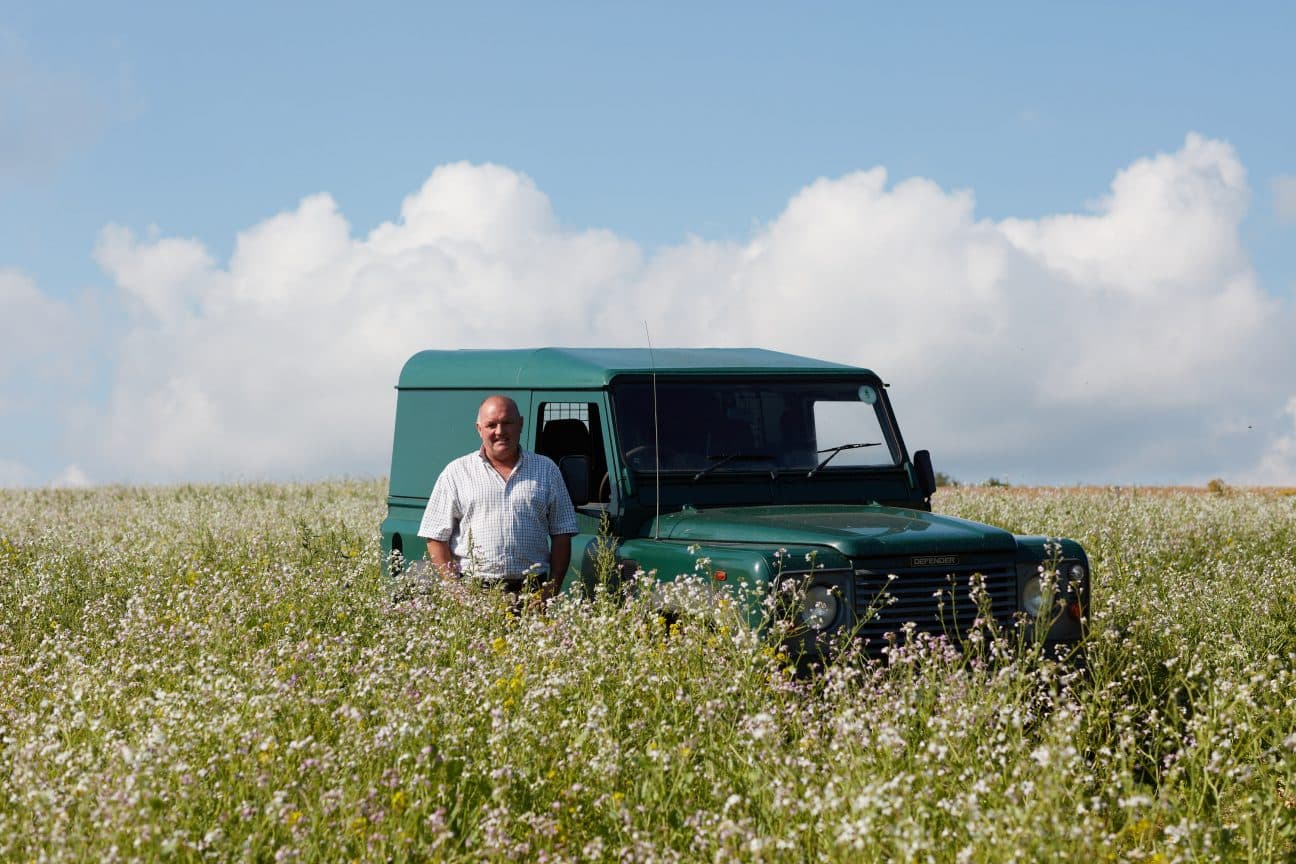 High on the downs, long-eared owls, kestrels and merlins are just three of the species that draw birdwatchers to Wiston Estate. Thanks to the mixture of chalk grassland, farmland and woodland, the land attracts a wild mix of passerines and raptors.

Mark Ansell, who heads up Wiston Estate’s Conservation and Stewardship work, explains what draws beginners and experienced birdwatchers to the Estate, and how the changing seasons bring new species to roost. He shares his tips on what to look for on walks around the Estate, and what the Estate team is doing to conserve and protect its birdlife for years to come.

What kind of birds are common on the estate?

The commonest ones would be skylarks, we’ve got hundreds up here. We also have corn buntings, lots of finches, linnets, yellowhammers as well as very common birds like sparrows and starlings.

Skylarks are a good one for beginner birdwatchers to look out for. They are quite prominent, because they tend to sort of go up and down in the sky like helicopters. They go quite high, and then they plummet again to the ground and they sing most of the time they’re up in the air. They are very noticeable up on the South Downs Way and you can hear them all the time.

More experienced birdwatchers can look out for stone curlew at times, which is a very rare one –they’re an endangered bird on the RSPB’s red list. We get lapwing, which are really easy to spot come the spring because they mob anything that gets near them, and they have a very distinctive cry.

We also get hen harriers, which bird watchers are very keen on spotting, and occasionally we get marsh harriers too.  We’ve got a lot of raptors up here, which people are always keen to see: buzzards, peregrine falcons, kestrels, kites, merlins (they’re quite rare) and common sparrowhawks. We get the full list up here, really.

Between December and May, in what’s called the hungry gap, we feed our farmland birds from hoppers. We get through about 15 tonnes of wild bird seed every year during this period, so it’s no surprise that we attract a lot of wildlife.

What kind of habitats can birdwatchers find on Wiston Estate?

We’ve got a completely diverse habitat up here: quite a bit of woodland, most of it is self-seeding natural woodland and scrub woodland. Obviously we’ve got the chalk grassland and arable farmland. We practise farmland stewardship and we grow about 50-60 acres of conservation headlands every year, used for insect production in the summer then left for seeds for birds in winter. We grow 100-110 acres of wild bird seed mixes which are mostly grown as game crops such as kale mixtures. If the crop is successful it’s left for a second year which produces flowers and attracts insects, then left to seed for wild birds. We’ve got a mixture of beetle banks and grass margins in our arable fields for birds and chicks, and pollen and nectar mixes for bees and pollinators. And on top of that, we’ve now entered into a woodland stewardship agreement where we’re creating woodland glades for butterflies and birds. We coppice some of the woodland which stimulates fresh growth and protects older trees from overcrowding. 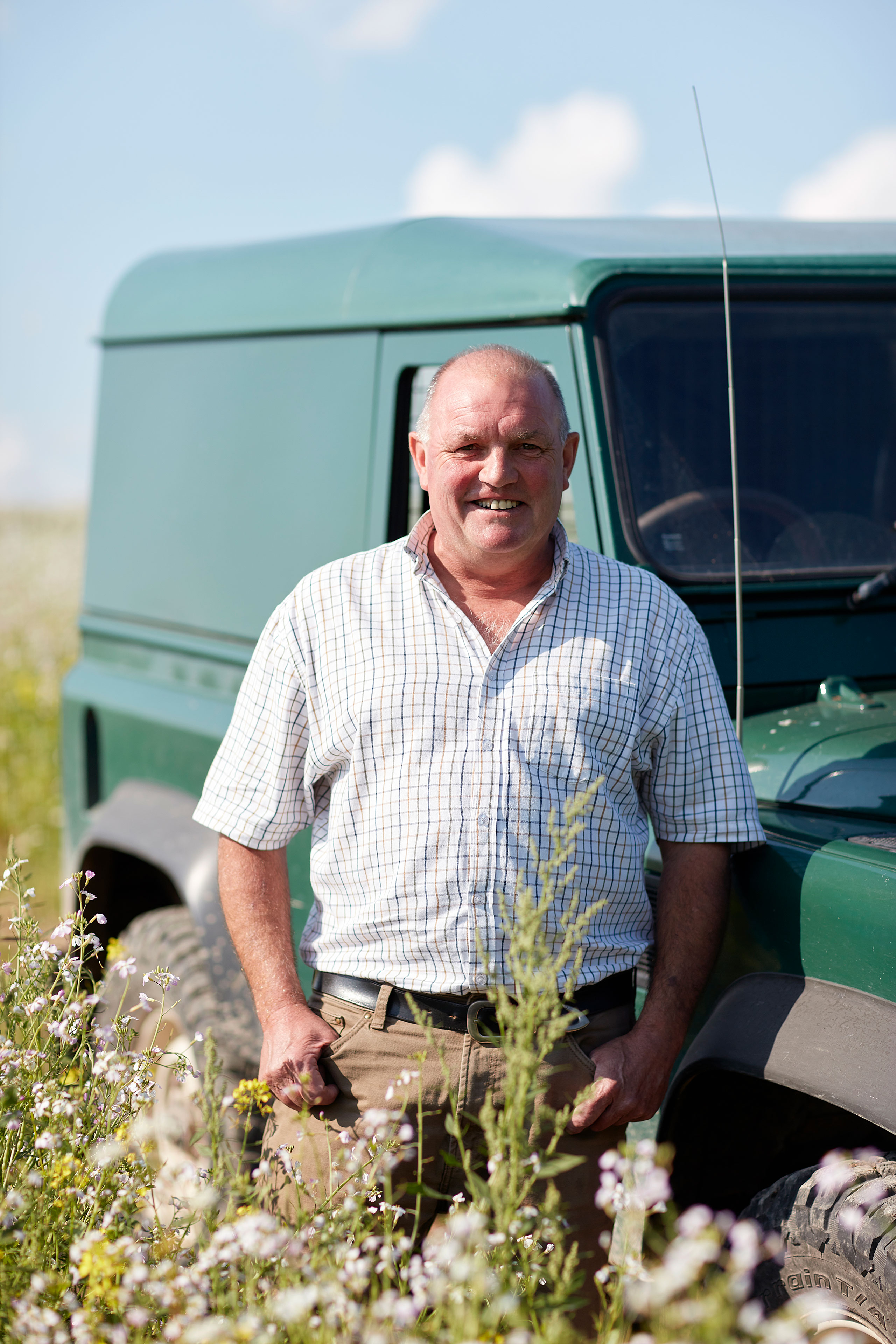 What kind of challenges do you face while trying to look after birdlife here?

One problem we used to have was that it was difficult for birds and dogs to share the space. But we have solved that to a degree by adding more fences and wildflower margins along bridleways. Since we did that, we’ve had a lot of positive feedback from dog walkers, because they’ve been able to let their dogs off the lead without worrying. That was a win-win situation.

Birds also have to face a bit of predation from species like badgers and foxes. They pose a threat to ground-nesting birds like curlew and lapwing (both red-listed) because they eat birds’ eggs. Once grey partridges find a mate, they stick together so  it’s quite sad to see pairs in the autumn without chicks. It’s important for us to get the chance to explain the threats from predation to birdwatchers, and show the public why we need to protect these rare birds.

What are your main aims for bird conservation on the Estate?

Wiston Estate takes part in the Farmland Bird Survey and next year I would like to see that both our bird numbers and diversity of species both go up on the last survey results. I would particularly like it if we could count more lapwings and grey partridge – we are constantly improving habitat to protect them and this then helps increase insect numbers, which feed chicks, which is a good sign for their future. 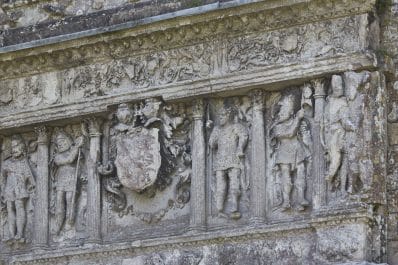 From the Battle of Hastings to the Second World War, Sussex contains some of the 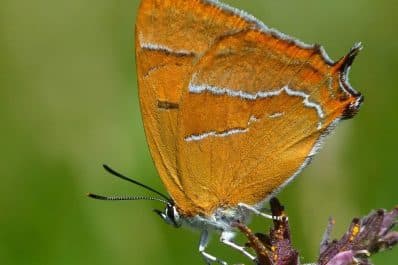 Flora and Fauna on Wiston Estate