Discovering about where our coffee comes from...

If you have enjoyed a flat white or cappuccino at Chalk, then you would have been served the delicious coffee from our friends at Skylark. We are so proud to serve this coffee at the restaurant, not only because it is (in our humble opinion) delicious, but also because of the work the Skylark team do both here in the UK and in coffee producing countries to support conservation and empowerment initiatives. 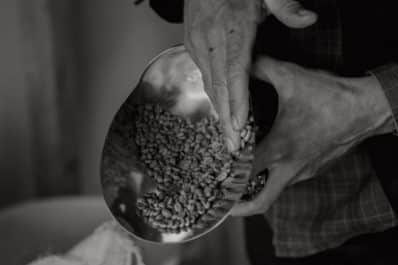 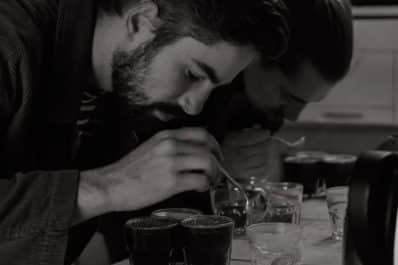 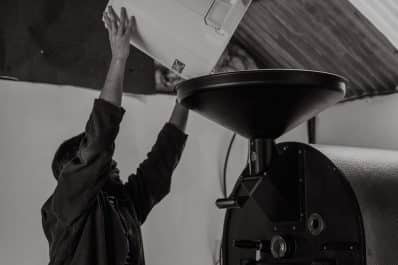 The operation is run by Micah Sherer and Ben Szobody who produce extraordinary coffee while helping repair both environmental damage and human exploitation — both have been inherent to the coffee trade in the past. Micah brings experience from having opened successful coffee businesses and managing teams in multiple countries, working to find better ways of supporting coffee producers in both Africa and South America,  researching the power dynamics of coffee supply chains as well as competing as an elite barista. So he knows he coffee! Meanwhile Ben oversees Skylark. He is a former political and business journalist in the U.S. and an early coffee blogger. He co-published the coffee magazine Longberry and contributed research to James Hoffman’s ‘The World Atlas of Coffee.’ He also founded Pro Baristas – an organisation based in Brighton which trains baristas, giving training to those who might not normally have access to it. Pro Baristas has trained and mentored more than 1,000 people for coffee jobs and other careers.

Micah and Ben pay top specialty prices for the coffee beans, paying twice the Fair Trade rate or more, then donate another £1 per kilo to conservation and empowerment efforts both here in the UK and in coffee-producing communities. Their probat coffee roaster resides in a barn on Wiston Estate when Micah, head roaster and buyer, comes to create the delicious blends which we enjoy in our drinks. 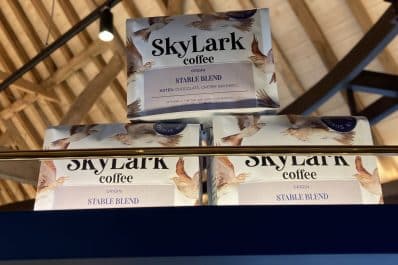 Their beautiful packaging features skylarks illustrated by Jackie Morris and poetry by Robert Macfarlane – the illustrator and author behind the book ‘The Lost Words’. This book inspired Micah and Ben’s focus on the natural world, giving them the name ‘Skylark’ – the birds whose endless song can be heard from the coffee roasting barn. If you haven’t been to Chalk for breakfast yet, come along and try Skylark – alongside one of the Gwynn’s Cinnamon Buns, it is an excellent start to the day!