Our family has cared for this estate, with its meadows, woodlands and buildings, and stewarded what it has produced since 1743. Kirsty and I feel passionate about nurturing this land and its communities so they continue to be a source of life for people, nature and enterprise.

Years in the making

Ever since Pip Goring arrived at Wiston Estate in 1972, she dreamed of planting a vineyard to evoke her childhood in South Africa’s Western Cape. 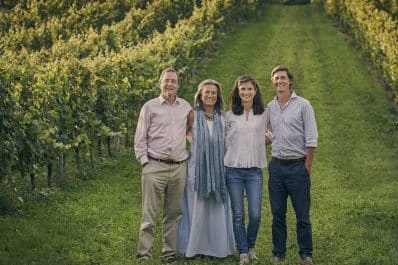 The roots of Pip’s vision also draw on the rich history of this place. Two thousand years before Harry and Pip settled here, the Romans were the first to grow grapes on the soft chalk slopes of the South Downs.

With the support of family, the perseverance of her Huguenot ancestors and prayer, Pip’s dream became a reality. In 2006, the Goring family planted a south-facing 16-acre site with Pinot Noir, Pinot Meunier and Chardonnay vines.

In the same year, Harry and Pip’s son Richard moved back to the Estate with his wife, Kirsty. As newlyweds, the couple had found a new passion for the land whilst working on small scale organic farms in western Canada. They brought with them excitement to invest for the long term in the soil and the community.

Fifteen years later, Wiston Estate’s winery is a dynamic focal point for its ever-growing community, and a beacon for those who share the Gorings’ stewardship values. Since the vineyards were first planted, the Estate’s team of growers and winemakers has doubled in size. Pip’s dream was never just about making wine; it was also about bringing people together.

We believe that our life on the land germinates in our relationships, our history and our beliefs. Good earth is the basis we build on.

Learn more about our Vision 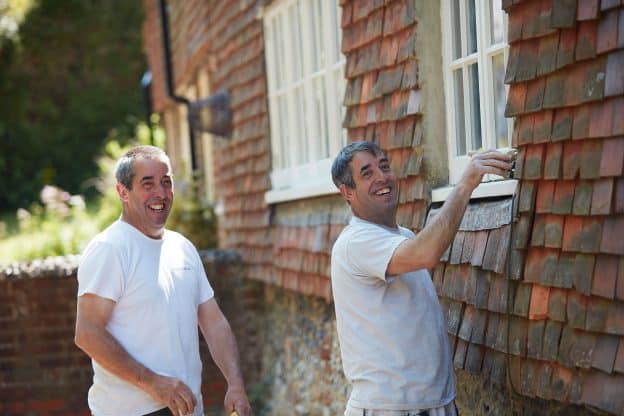 Wiston through the years 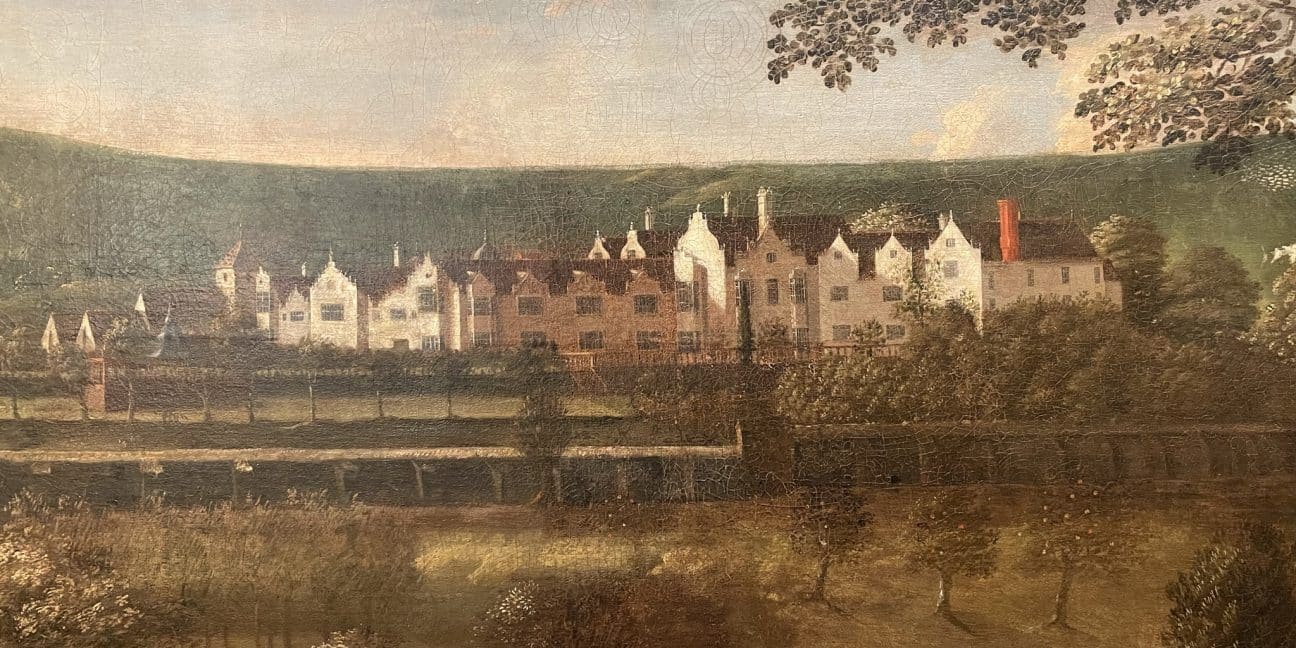 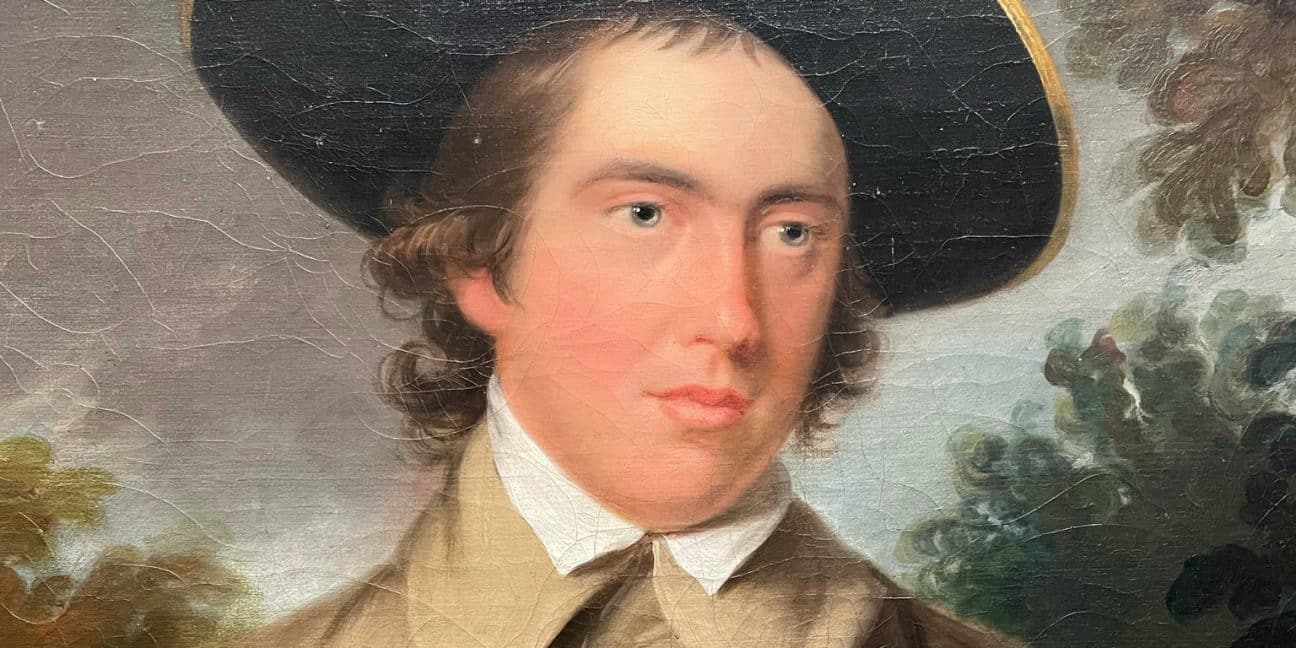 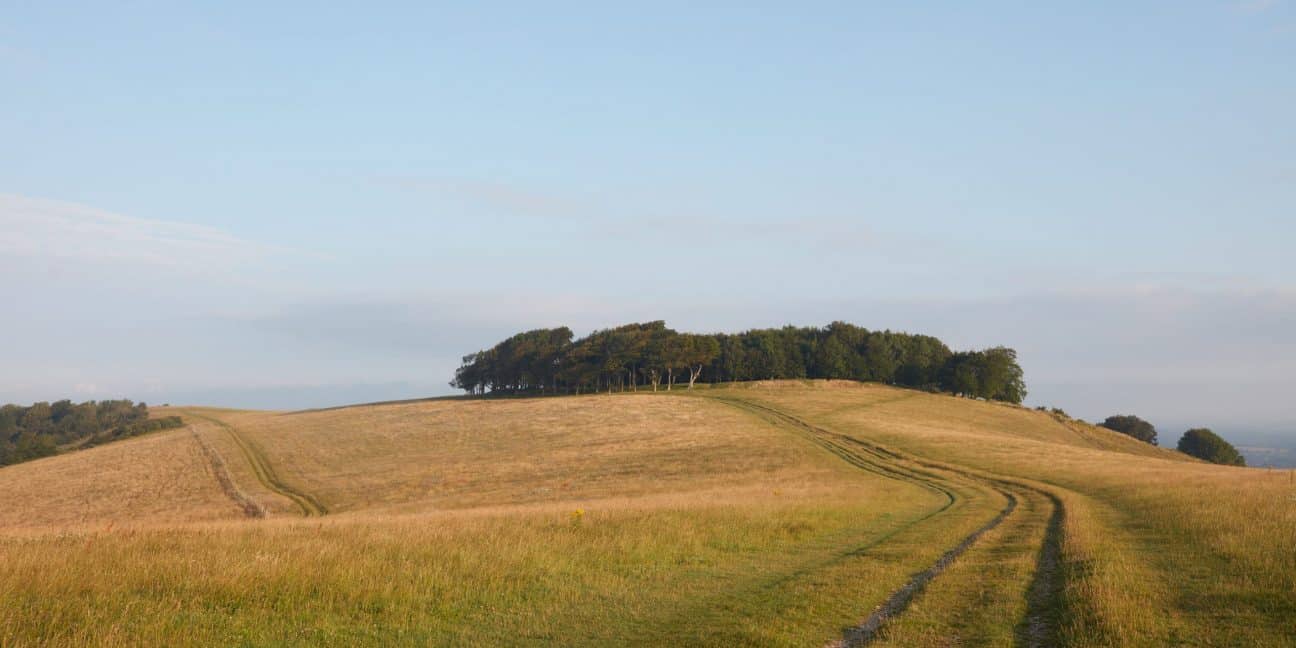 Aged 85, Charles writes a poem of thanks that he lived long enough to see Chanctonbury Ring full grown. He dies the following year. 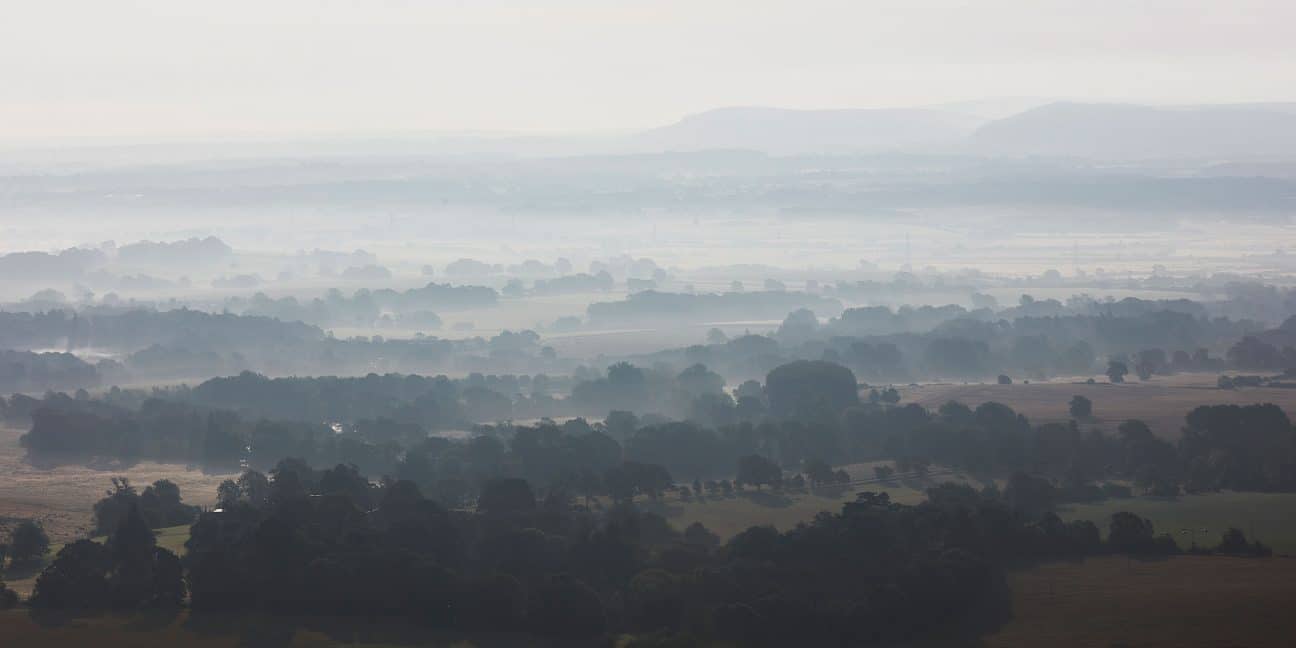 The Reverend John Goring, Charles’s son, grows the Estate to around 20,000 acres. 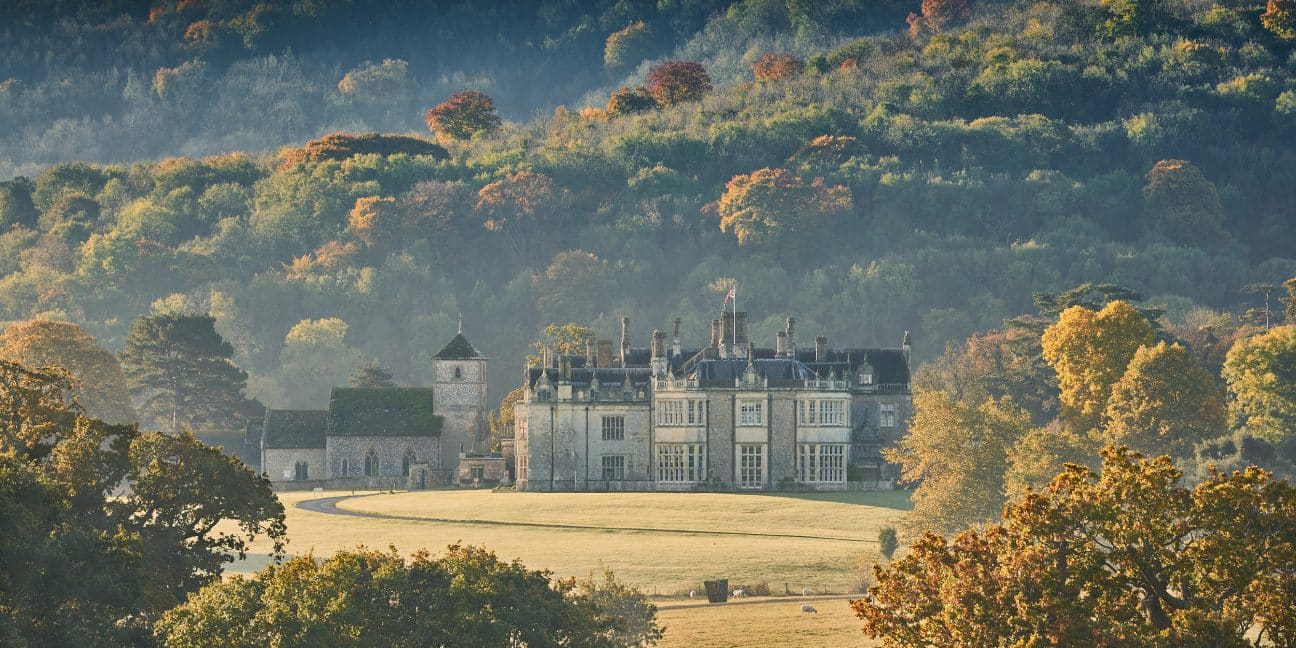 The Goring family moves out of Wiston House to allow it to be leased, following death duties in 1905 and 1924, which led to the sale of 40% of the estate. Wiston House today is leased to the Foreign Office (FCDO). 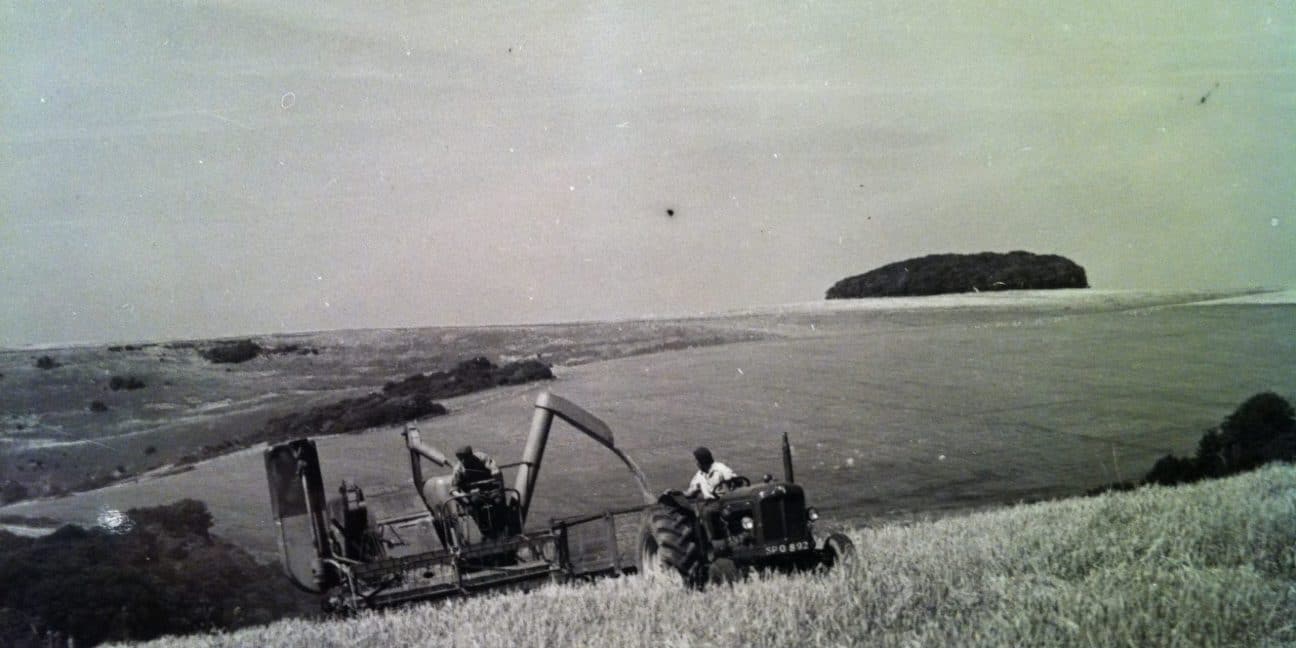 John Goring, one of the last men to escape Dunkirk, returns to England to modernise the Estate and join national efforts towards  self-sufficiency. 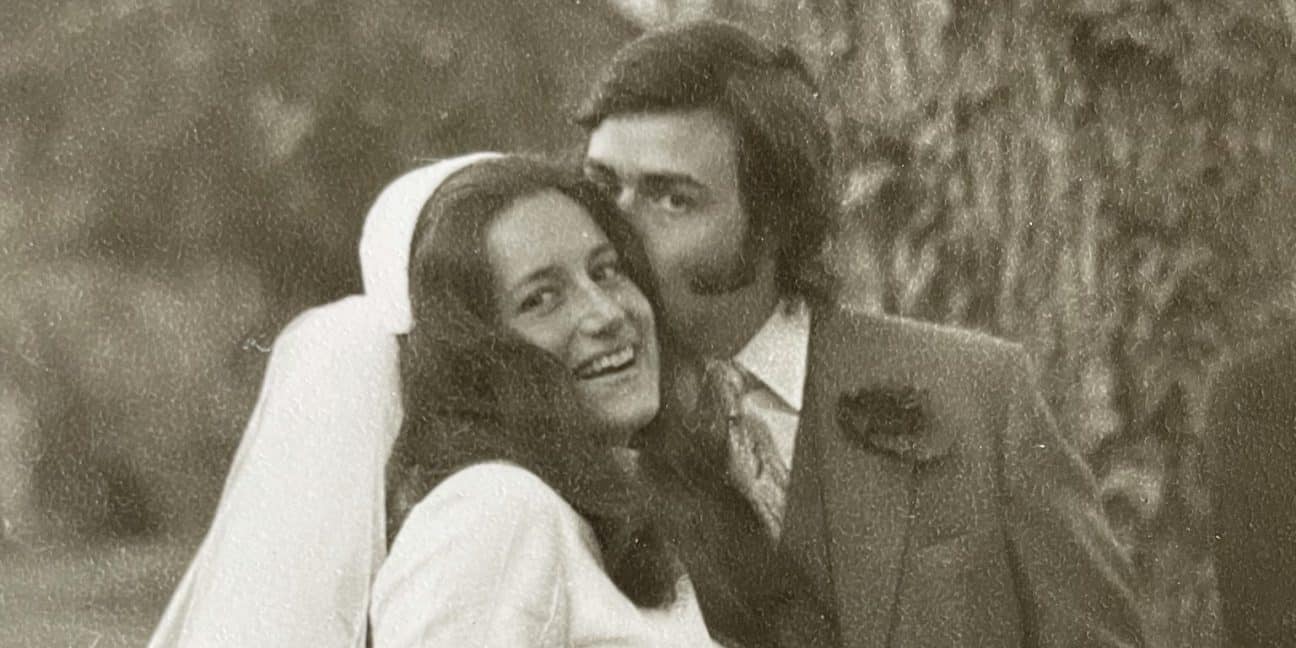 Harry Goring returns from South Africa with his new bride, Pip, to take over the management of the estate. 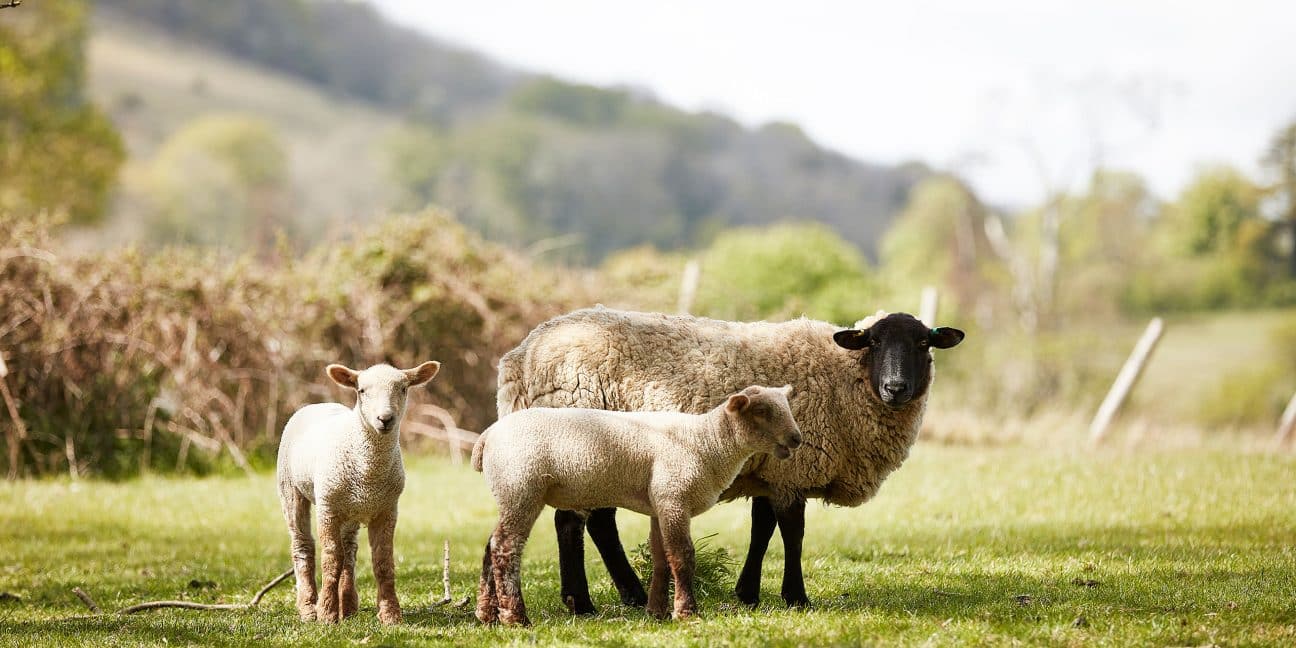 After overseeing the build up of one of the UK’s largest turkey enterprises, Harry restores the Estate’s focus on land management and farming, the original family business. 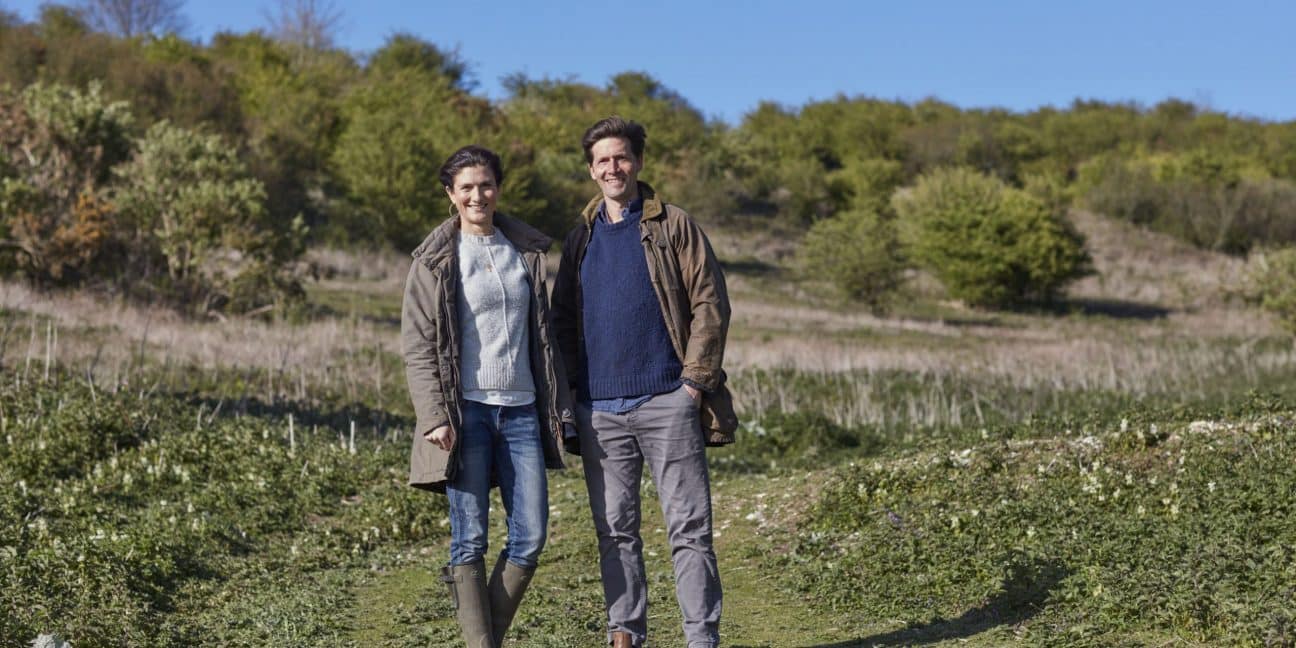 Richard Goring, Harry and Pip’s son, and his wife Kirsty return to the Estate from Canada. The first vineyard on the Estate is planted with Chardonnay, Pinot Noir and Pinot Meunier. 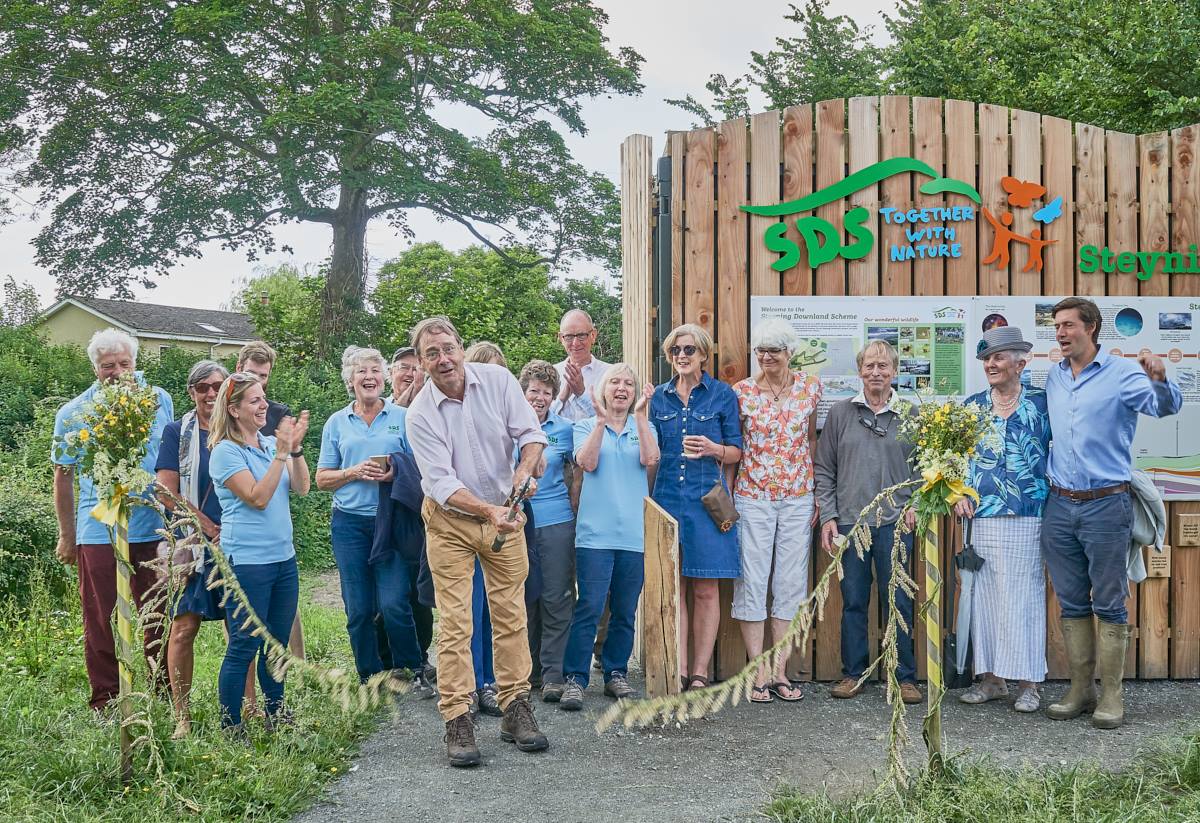 Launch of the Steyning Downland Scheme. The Goring Family set aside 165 acres of the estate for the benefit of the local community, with a specific aim to re-engage people with their surrounding landscape and its wildlife. 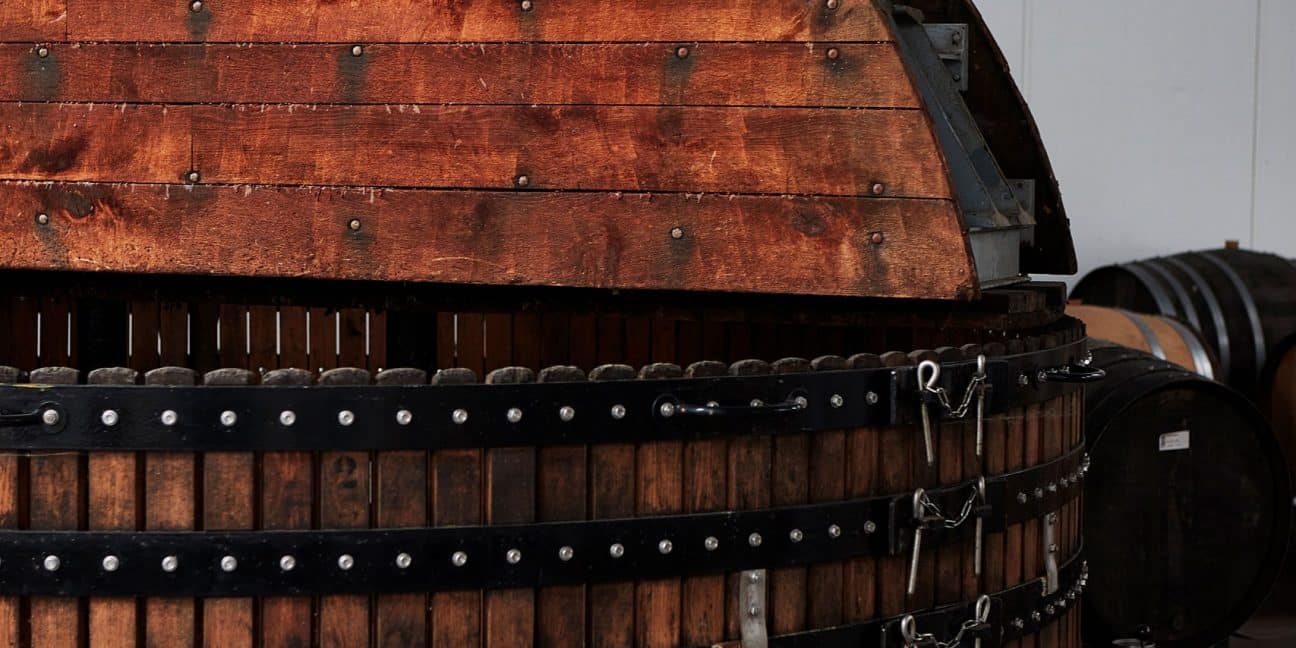 An original Coquard wine press is installed at North Farm. The press, made in France, is the first of its kind to be imported to the UK. 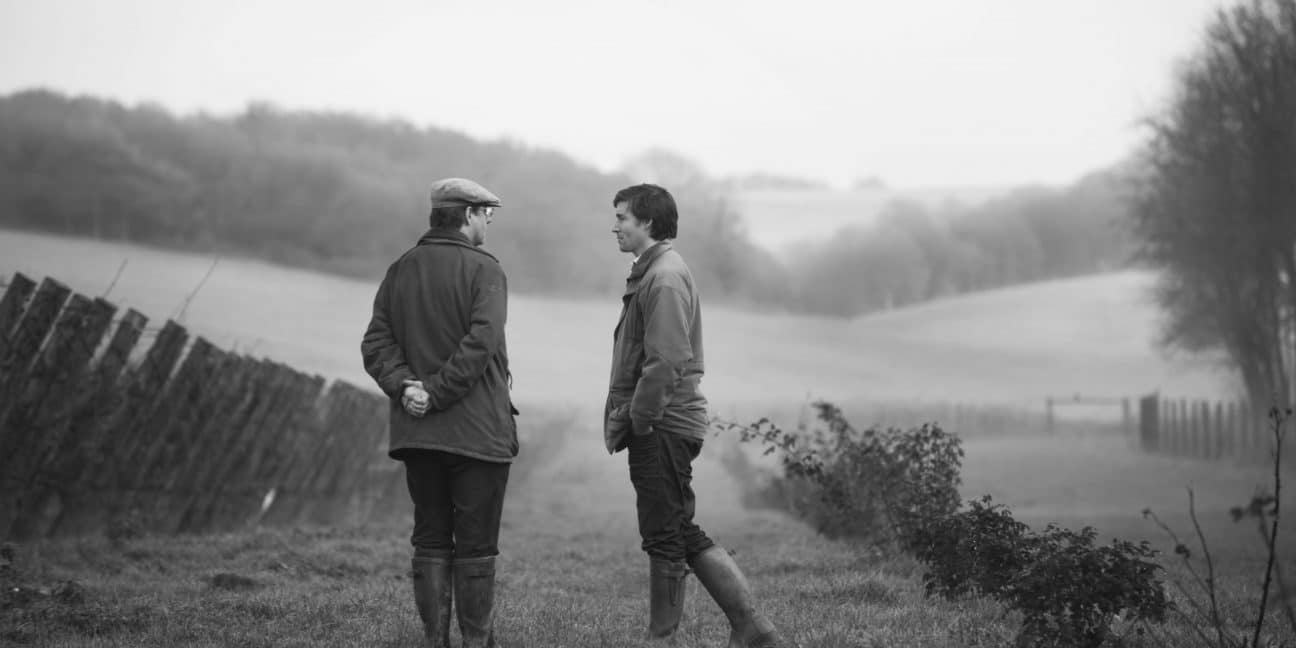 Harry and Pip Goring hand over the management of the Estate to Richard, their son, and his wife Kirsty. 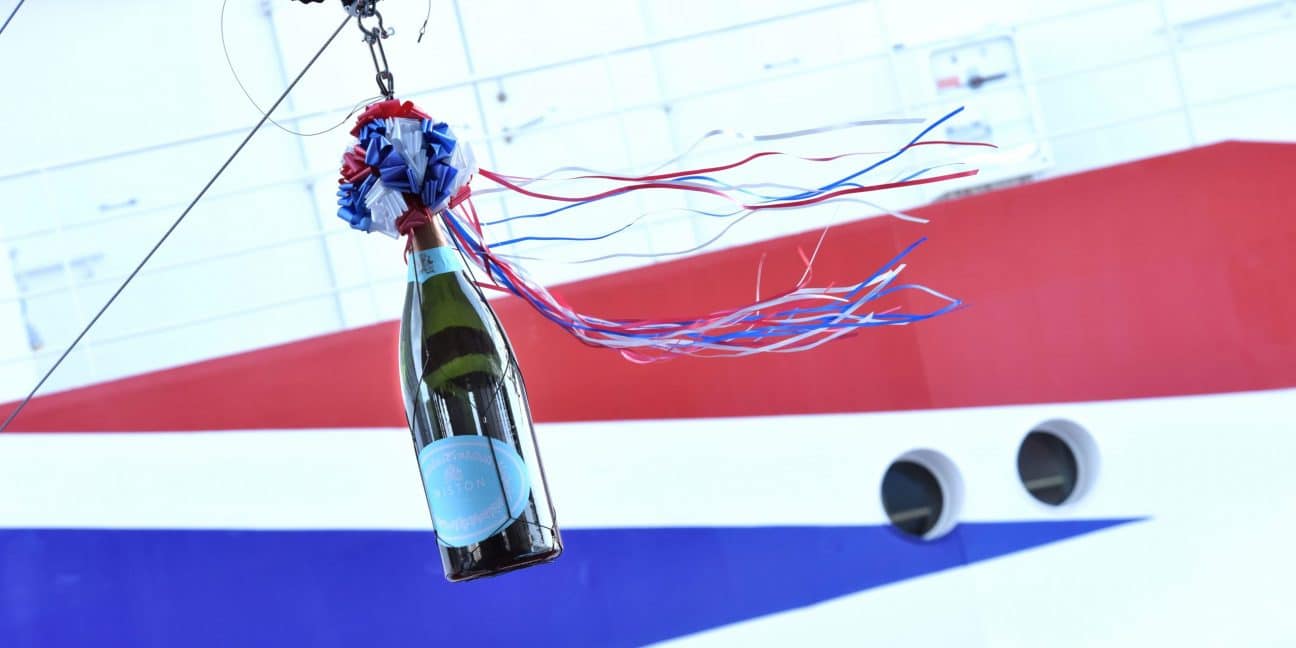 A nebuchadnezzar of Wiston Estate Brut NV is used by Her Majesty Elizabeth II to ‘christen’ the yacht Britannia. 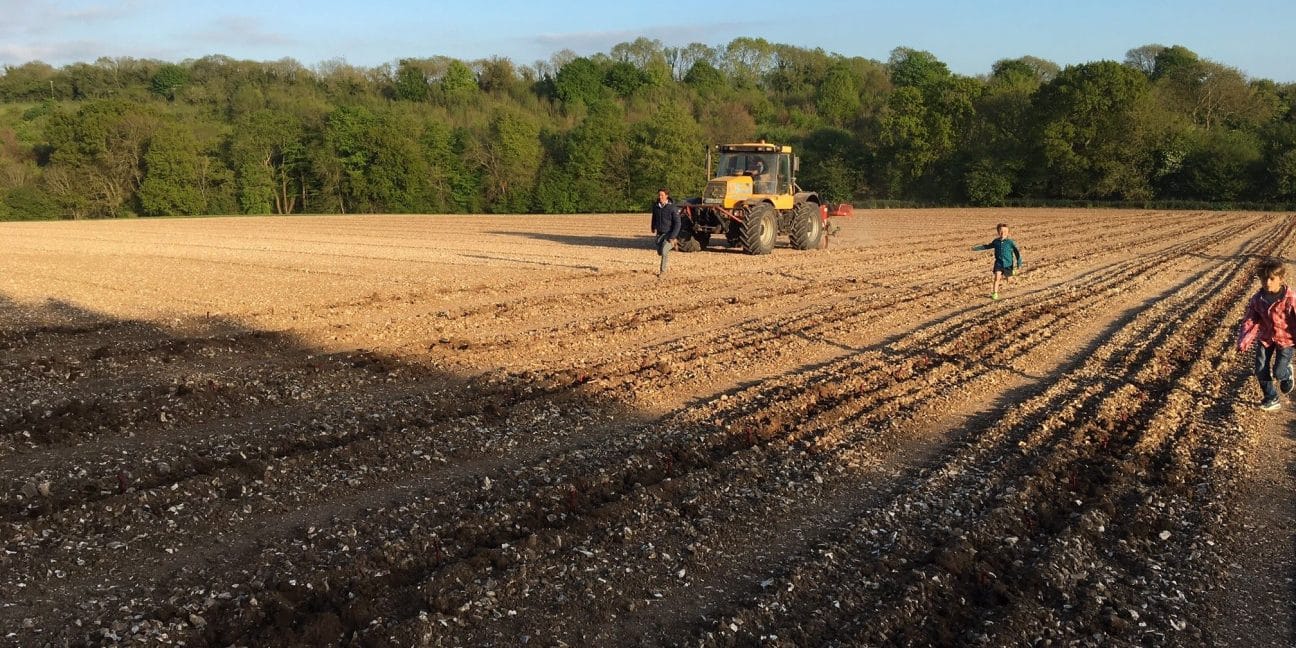 The second vineyard on the Estate is planted with exclusively Chardonnay vines. 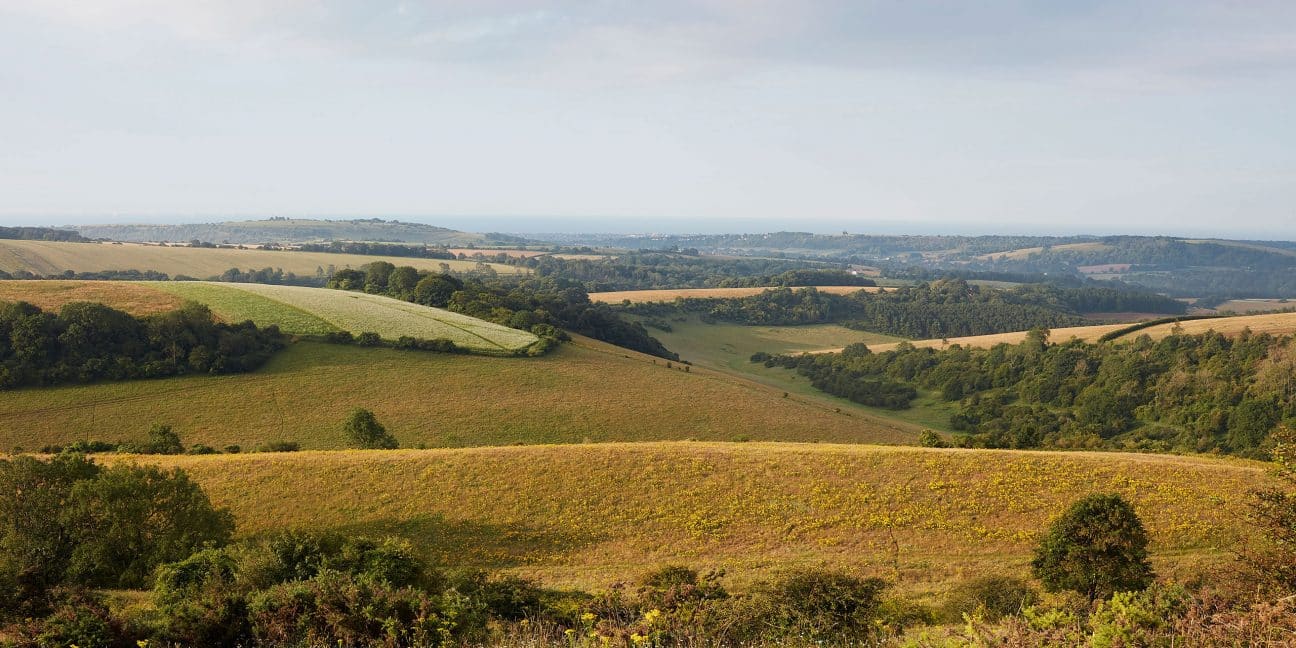 The Estate is the first of its kind to have a Whole Estate Plan endorsed by the South Downs National Park ensuring nature is protected while sustainable enterprise grows. 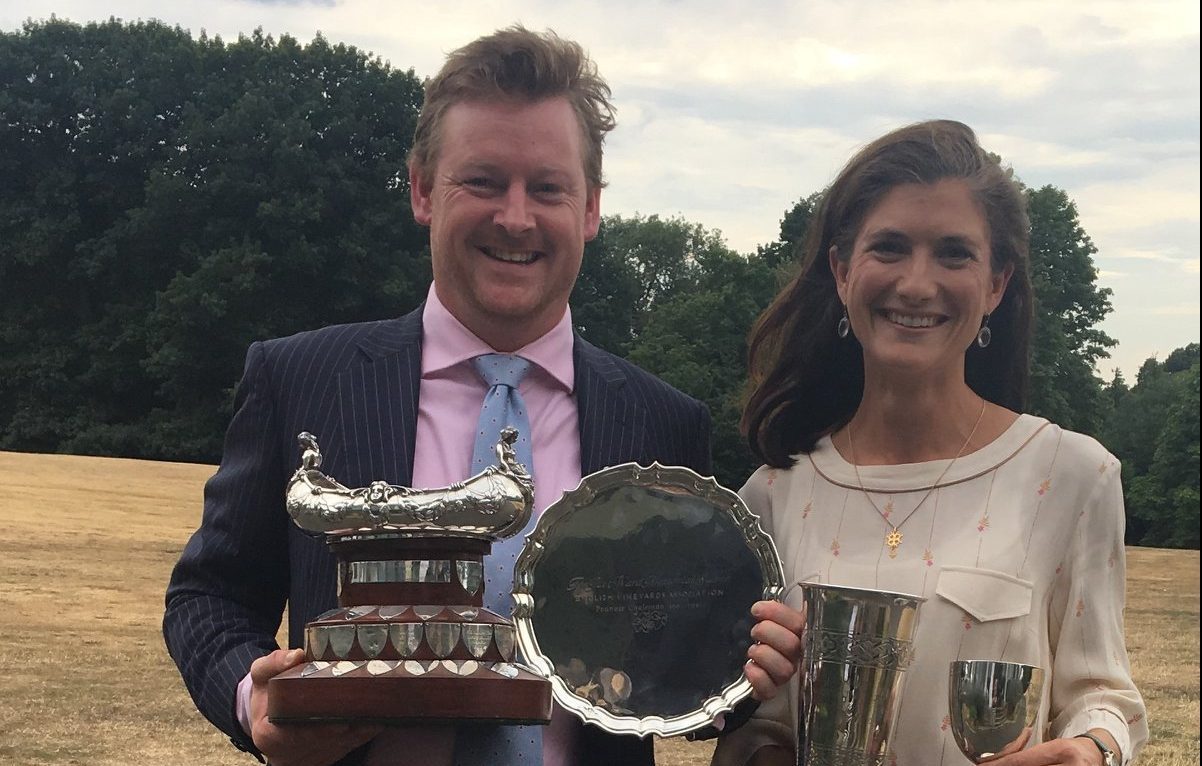 Wiston Estate wins ‘Winery of the Year’ in the WineGB awards. 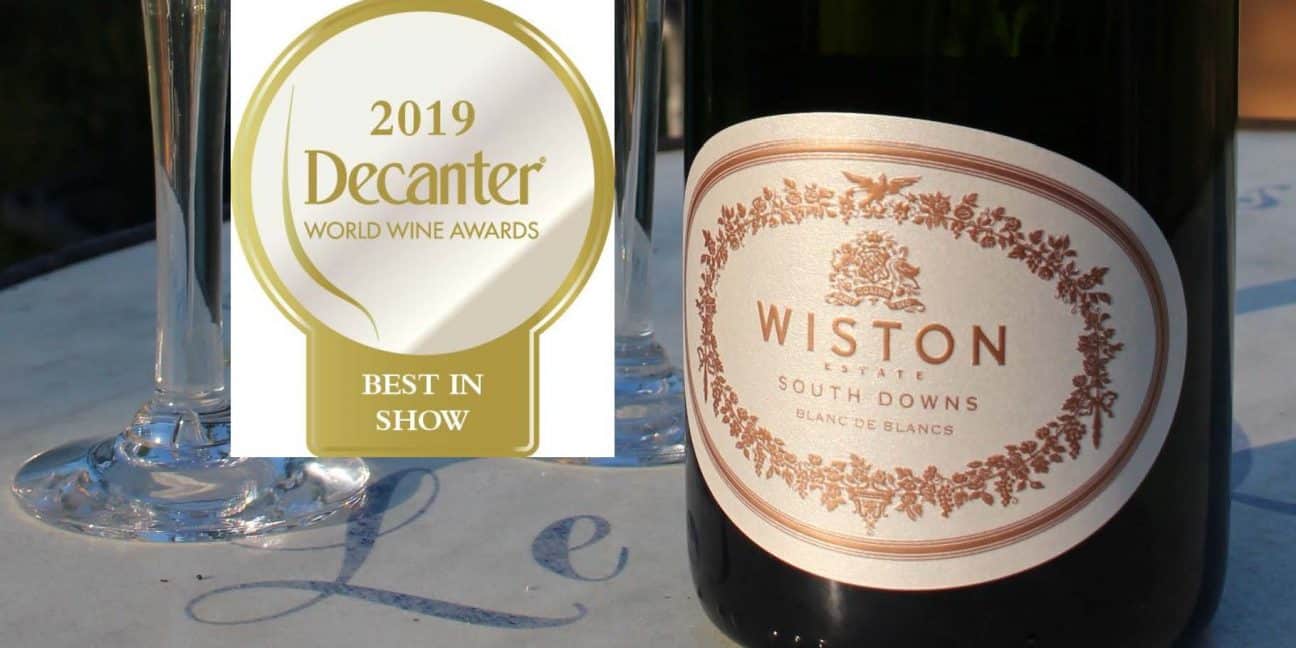 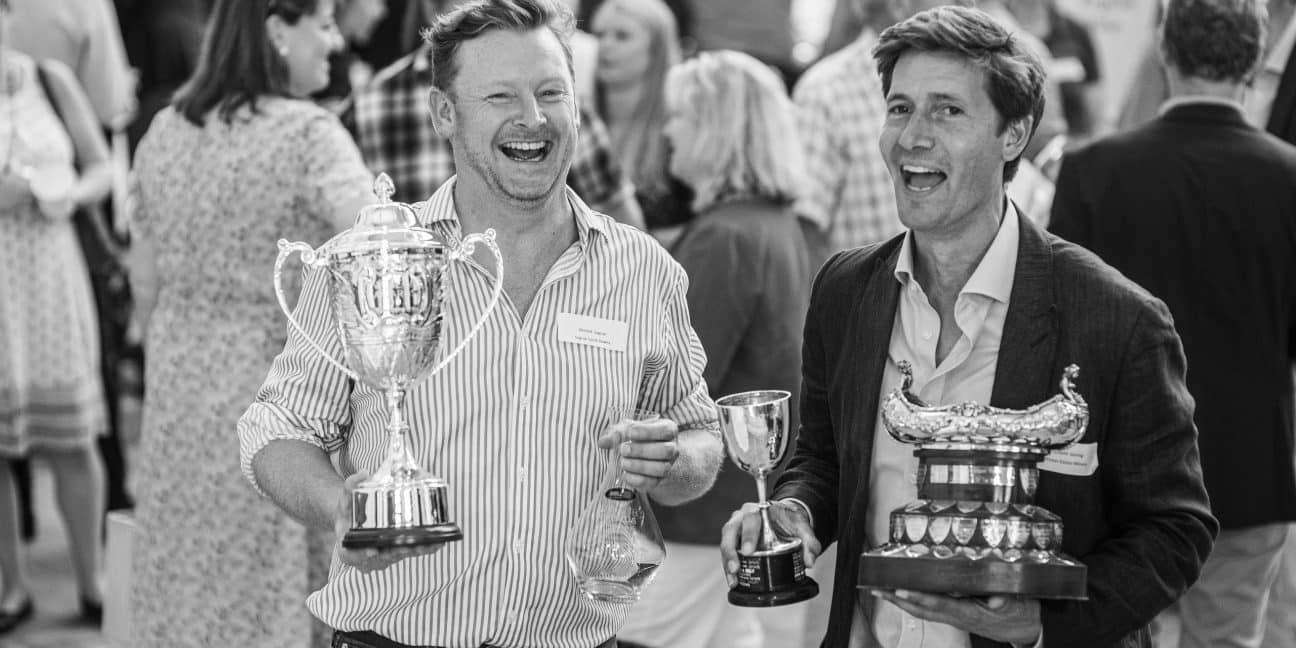 Wiston Estate wins ‘Winery of the Year’ for the third time. 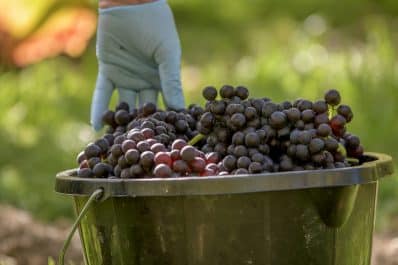 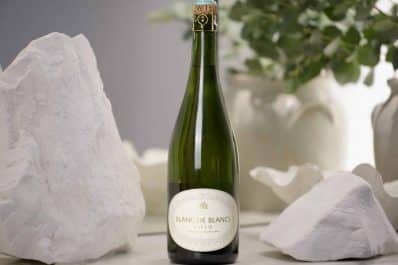 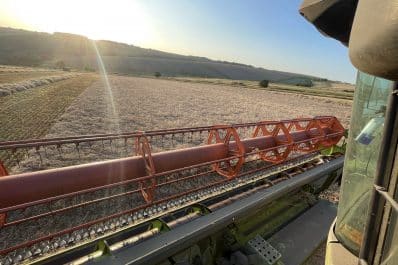 Harvest time on the arable farms…

Join our newsletter to receive 10% off your first order of sparkling wine from our website. You’ll also be first to hear about all our offers and events.

(Do check your Junk Email Folder for the code!)